Before you play, know the rules 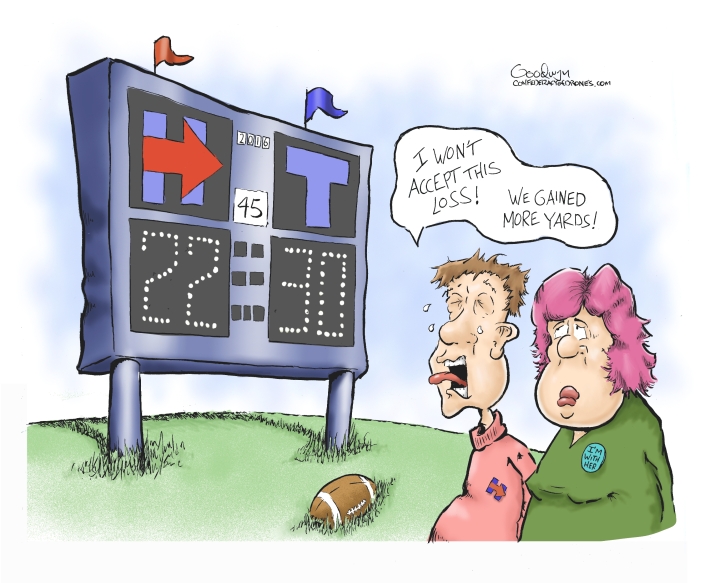 In politics, as in sports, it’s important to know the rules if you want to be successful.  The angst felt by Hillary fans is currently sky high as they watch Donald Trump prepare to take the oath of office.  What makes this doubly painful for them is that their candidate “won” … well, even though she didn’t.  Perhaps if Hillary knew how the Electoral College worked she would have stepped at least one foot in Wisconsin.

Here are a few other surprise moments in politics, sports and life that may have caused the uninitiated to question how things could have turned so poorly despite their best efforts. 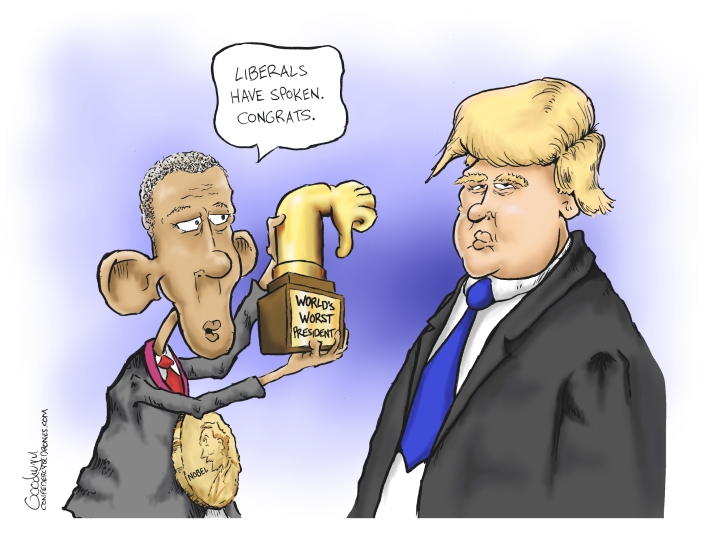 Final acts by Obama to secure his legacy

Obama’s been quite busy during the last few weeks of his presidency in an attempt to have a legacy when he leaves office.  In that spirit, we thought we’d predict a few possible last minute actions this administration might take. 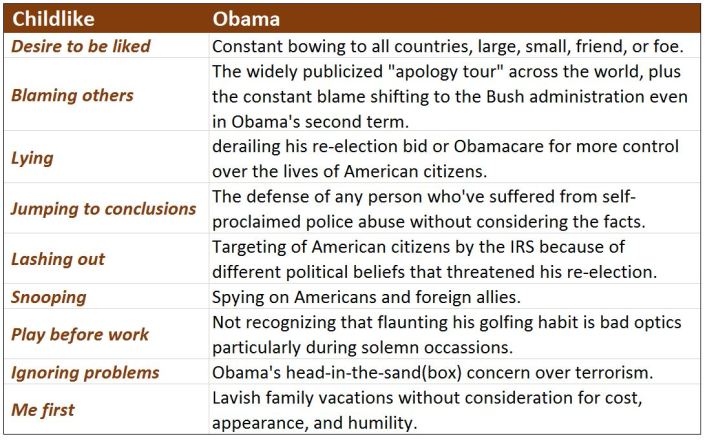 The Medium is the Message

In his 1964 book “Understanding Media: Extension of Man” Marshall McLuhan coined the term The Medium is the Message.  There’s no more obvious example of this than Donald Trump’s historic rise through his careful, crass, and damn-the-torpedoes-full-steam-ahead approach to getting his coiffed hair in front of every media outlet possible.

Print, radio and television – especially television – have put Trump in his most natural environment.  The actual spoken message matters little.  What matters is the image, and more precisely, his image, in as many places, in as many forms and as often as possible.  The more rude, boorish and lowbrow the actual message, the more the media will hover to catch every insult; the more bleeps required the better.

We’re going from a President who curtsies to every foreign leader he meets, friend or foe, to the possibility of a President Trump, who’s sure to start delicate foreign relations discussions with “pull my finger.”

A military that’s brought to its knees

The detention of US military personnel and the pictures of our own fighting force on their knees in front of Iranian captors is an image that sums up the Obama legacy quite well.

…a country, once strong and proud, now forced to its knees.

These sailors ended up in Iranian territorial waters leading to confrontation, capture and subsequent release.  It certainly could have gone worse, and for that we’re thankful, but the circumstance plus the images paint a picture for the world to see of a country, once strong and proud, now forced to its knees.  A Navy that could once boast of having 6,768 ships, down to 272.  A history of US Presidents portraying strength as Commanders in Chief, now a President that grovels to dictators, monarchs, and emperors.  A US President who’s arrogant to his own citizens while at the same time capitulating to oppressive rulers.

A country that once had the respect around the globe, now being dictated to by an Iranian government.

The Government saving us from ourselves.

Whenever we hear things like “you can’t be too careful” or from Obama when he tweeted “if there’s one life we can save-we’ve got an obligation to try”, our immediate reaction is to consider those to be noble sentiments.   That was his logic – or fear mongering – that he’s been using to convince us the time is always right for more gun control directives.  So he literally means if he can take an action to save one life, he will.  He’s also shown that it doesn’t matter if it over steps his authority to do so.  Although he’s not likely to admit he’s exceeding his limited authority to encroach upon our rights, to him it’s more of a duty.

Now let’s think about actions that could be taken to save lives.  Each day we take personal risks at home, on the road, at work and in our leisure activities.  You almost can’t avoid the opportunity for death particularly if you bring your level of concern down to the one in 300 million possibility.  That’s Obama’s target, one life saved out of a population of 300 million.  Imagine the activities that present a hazard with that slim probability.  We’re guessing that using a toothbrush incorrectly probably has that level of risk, let alone all the other voluntary risks we take everyday including driving a car, walking or running for exercise, not walking or running for exercise, stepping into a bathtub, and even the act of eating is hazardous.  Perhaps the government should require personal food chewers so we don’t risk choking.  After all, almost 3000 people die each year from airway obstruction while eating.  And don’t get us started on the dangers of popcorn!  Food chewers would simultaneously help save us from ourselves and get people back to work.  Not to mention our resulting loss of appetite and an immediate cure for obesity.  And if we refuse that government assistance, then we can just be fined, um…, taxed.

Now consider that the recent rash of Obama actions on gun control would have had no impact on the mass shootings we’ve recently experienced, and that was a primary motivating factor in this latest wave of directives.  In spite of that, he’s managed to fire up the fear and sell his snake oil for whatever ails you as long as he gets added control on your Second Amendment rights.  All in the name of protecting us from ourselves.  Personally we’d rather see a cure for a bloated government.  Hands off our guns….and popcorn.

This President has a unique track record.  He says ISIS isn’t a threat, then on that very day they attack Paris.  Next he mocks Republicans by saying they’re afraid of women and orphans, then a deadly terrorist attack in California involving a woman.

We really shouldn’t think of orphans as a problem, but now we’re not so sure.

What if one-sixth of the population was discarded?

Here’s a sobering thought. Take one-sixth of the population and simply discard them. Horrifying, isn’t it? We’re doing that to those who have the potential to be part of the next generation. Here are some scary facts:

• For every 1000 live births in the United States, 210 abortions occur.
• One million souls each year perish due to abortion as a way to end an unwanted pregnancy.
• Half of all pregnancies in this country are unwanted.

Obama was certainly not talking about the ghastly rate of abortions when he said “Enough is Enough.” We only wish he was a fraction as concerned over the loss of life as shown by these statistics as he was over the abortion clinic shooting and subsequent tragic loss of life. Certainly we don’t condone violence as a way of protesting abortion. The monster who shot up the clinic must pay for his hideous crimes. We do, however, want to ensure that the cost, gravity and frequency of abortions are more thoroughly understood. Then maybe others will also think, “enough is enough.”