A recent revelation involving the entire music industry places most musicians and music producers in jeopardy of being banned from all radio, TV and live performances. Confederacy of Drones, a snarky, unknown and frankly pitiful excuse for a website, uncovered grainy footage of a musical performance that could only be described as an astounding display of insensitive hate speech set to music.

These celebrities brazenly attempted to sing about a Christian event that falls unabashedly during the Happy Holiday Season. 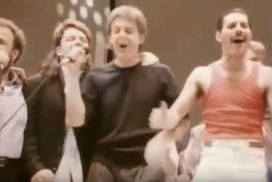 Hidden away in an underground bunker, similar to Hitler, celebrities excitedly orchestrate an eerie sound of bells, bongos and a well rehearsed melody. We only discover upon careful listening that the song is about Christmas, God and praying. If you have the stomach and dare to listen carefully to the lyrics you’ll hear things like:

“But say a prayer, pray for the other ones”

“Do they know it’s Christmastime at all?” 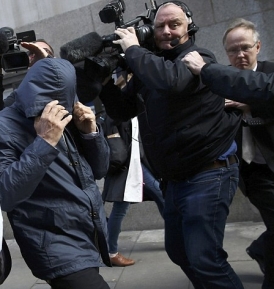 The dog whistles in this tune are more like trumpets drowning out the reason for the season: being away from work, fighting shoppers, getting even fatter and decorating the holiday tree.

Upon being confronted with his disregard for common decency, Boy George explained, “As a kid, I didn’t understand the power of certain words and how they can hurt.”

Kevin Spacey joined the world of the woke when he said, “At least I didn’t do that!”

The Long and Whiny Road 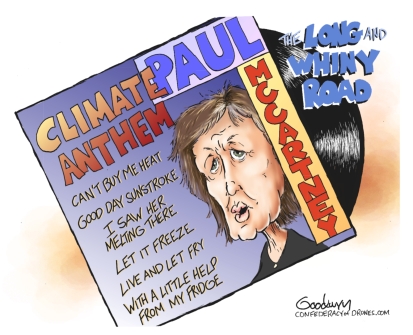 Paul McCartney, in an effort to become relevant again, has finally gotten on the Trump Hate Train.  After all it’s what the cool kids are doing these days.  We thought we’d try our own version of a musical lecture.

Hey Dude, don’t be afraid
You were made to sing songs – not politic
The minute you let Trump under your skin
Then you begin to let him win

Hey Dude, don’t let me down
You have found a cause, now go and get it
Remember, don’t ride your jet to far
Then you can start to fix the climate

So let it out and let it in, hey Dude, begin
You’re waiting for someone to say you’re relevant
And don’t you know that it’s just you, hey Dude, you’ll do