A celebration of incompetence

The language of DC 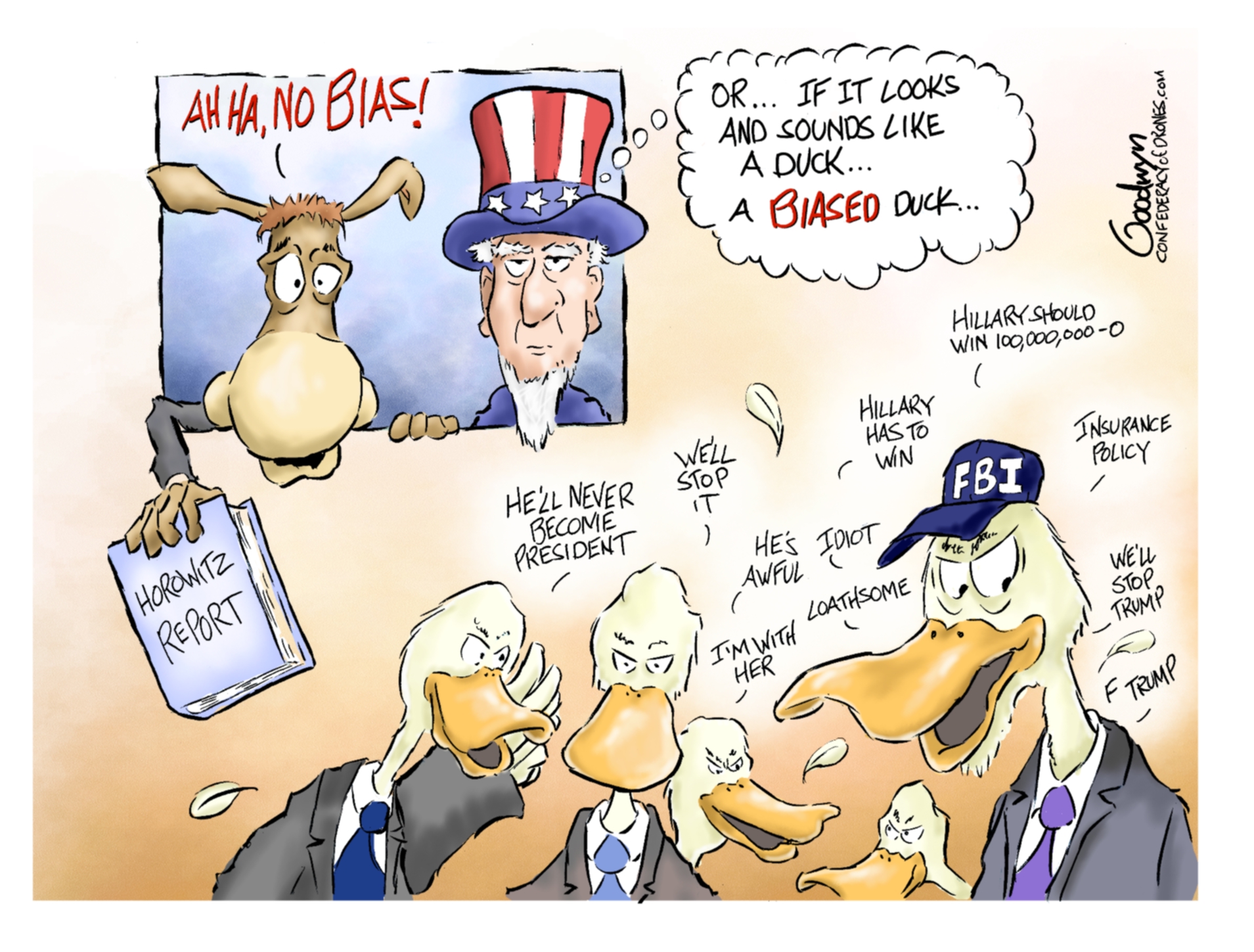 Clear bias on the part of the FBI while investigating Clinton and then Trump is spelled out in the Horowitz report … but the report concludes that no documented evidence of bias could be linked directly to decisions made during the investigation.  Is it the legal system or the DC system that struggles with the obvious.  No rational person could read the text messages between named and unnamed FBI personnel and think that bias isn’t in play.  I guess the emphasis is on the word “documented.”  It would have been interesting if the conclusion stated that

Although no documented bias was identified, they certainly loved Hillary and hated Trump and had the power, either subtly or overtly, to swing both investigations in the precise directions they eventually turned.  What the $#%& was the FBI thinking?

So Mueller’s process for determining who should have high ranking authority in both investigations certainly must have been interesting.

Mueller:  Team, I’ll need to select individuals to head up investigations that will have far reaching impacts on this country.  A country, by the way, that many people actually love.

Strzok:  Sir, I believe I can provide integrity in any investigation whether it involves Queen Hillary (Strzok bows deeply) or that vile Trump (Strzok appears to come close to vomiting but instead makes a hacking noise like a cat dislodging a hairball).

Mueller:  That’s the kind of commitment I like to see.  Let me ask you a question though.  If Trump was on fire, would you pour gasoline or jet fuel on him?

Strzok:  Sir, I believe that’s a trick question.  I would have poured gasoline on him before lighting him on fire.

Mueller:  Committed and intelligent, I like it!  You’re hired.  And remember, when you see Hillary, no eye contact.  We don’t want to do anything that would appear disrespectful to our next president.