So much attention to absorb 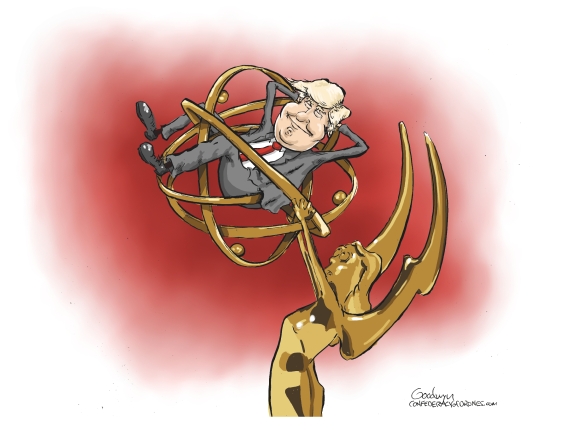 President Trump owns more property than most of us can even imagine.  Yet this past Sunday night he was living rent free in the hearts and minds and sobs of the entertainment industry’s elite at the Emmys, one of their many annual pat-on-the-back fests.  Meanwhile the rest of country continues to mark themselves absent from the lunacy of these over-hyped celebrity tongue baths as evidenced by its continued ratings decline.

This entry was posted in Cartoon, Democrat, liberal and tagged award shows, celebrity tongue bath, trump at the emmys.

2 thoughts on “So much attention to absorb”

I heard a commentator, it might have been Laura Ingraham say, ‘I admire their craft and ability to do what they do, but I could care less what they think about politics and I know that America is begiinning to tune them out.’

Great job, both of you!