Twits and Tweets: The elevation of John Kerry’ legacy … in the eyes of drug peddlers and users 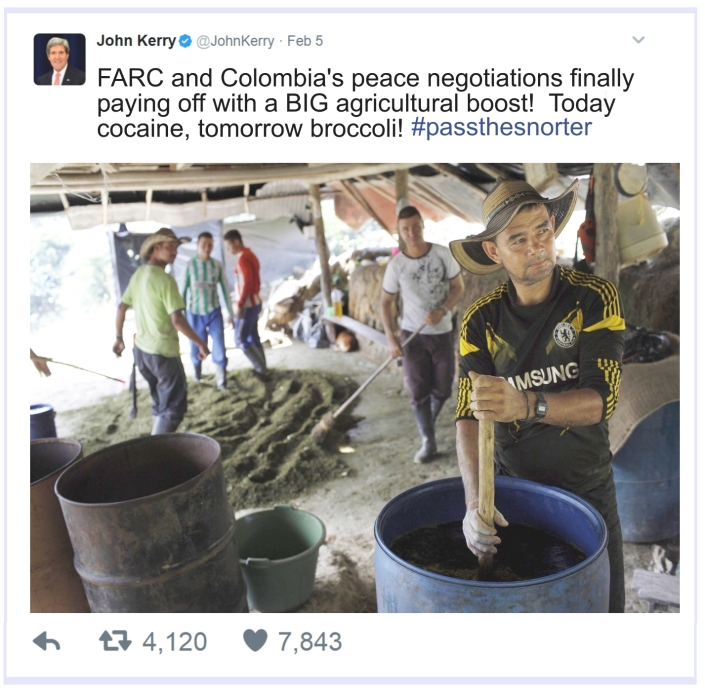 We warned you last April that raising the legitimacy of FARC, a terrorist organization, with the encouragement of John Kerry and his skillful negotiation skills, wouldn’t turn out as well as planned for Colombia –  see our post Frightening things from April 4th, 2016.  A year later, and with promises along the way of reductions in cocoa plant farming, a big accomplishment appears to be a boom in… you guessed in, cocoa plant farming.  Chalk it up to unintended consequences.

Let’s check back in another year to see if there’s actually a peace deal and what else can be added to the Kerry legacy.