Invasion of the never Trumpers 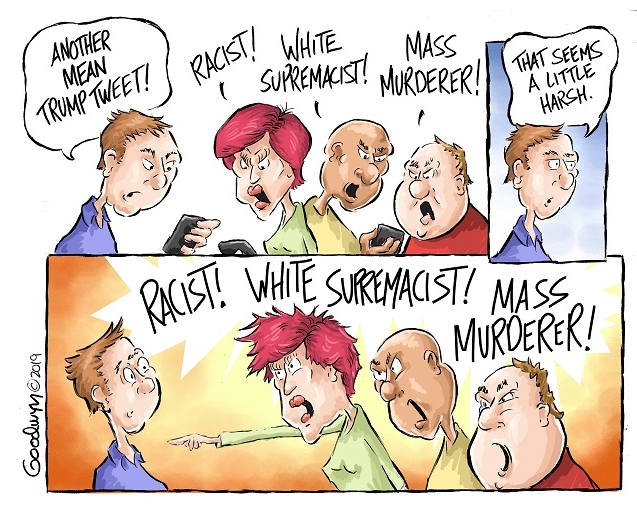 Apparently the 1978 documentary Invasion of the Body Snatchers was more than just a conspiracy theory, it’s been proven to be our new reality.  We’re not sure how one would get infected, but we’ve identified clear signs:

Pod people now are a real thing causing such grave confusion in the afflicted that the choice of which bathroom to use is only the beginning of each day’s zombie-like plodding.

Those blank stares, though immediately turn to seething rage at the sight of a red hat, the sound of the Star Spangled Banner, or the smell of freedom and liberty.

2 thoughts on “Invasion of the never Trumpers”

The Never Trumpers never advocated a 3rd party candidate, they implied they would give up and vote for Clinton. They were holier than thou in stating ‘it was the principle of the matter’. What it revealed was their deep set alligence to one party or the other and it had to be one of them. Watch these people carefully, they reveal cracks which indicate they make a living playing a conservative but their inner workings are progressive. Ben Shapiro is a prime example. Now and then he reveals what he privately is.